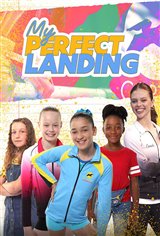 They move in with their grandfather Gus (Shawn Thompson), a former Olympic gymnast who has his own gym. Jenny, who is a Level 8 gymnast, is only allowed to compete at Level 4 because her mother is afraid Jenny could get injured. When Jenny begins school in Toronto, she discovers that the school gymnastics team is Level 8 and she wants to join, despite being teased for being unable to compete at her level by Olivia (Natasha Zaborski), the captain of the gymnastics team.

Filmed in Toronto, Ontario. Most of the actors and crew are Canadian.