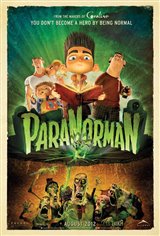 Norman has never quite been understood by anyone. To most—including his parents and teenage sister—the boy is a peculiar outcast. However, Norman is different thanks to one special skill—he can communicate with the dead. Unfortunately his family and peers just think he's crazy.

Despite being made fun of, his skill comes in handy when a centuries-old witch's curse unleashes a group of undead creatures onto his small New England town. Although everyone made fun of him, it turns out Norman is the community's only hope for survival. Norman has to figure out where the curse came from and on top of it all, he's forced to battle ghosts, witches and zombies. To make matters worse, he also has to deal with the ignorant humans who don't understand why he's so special.